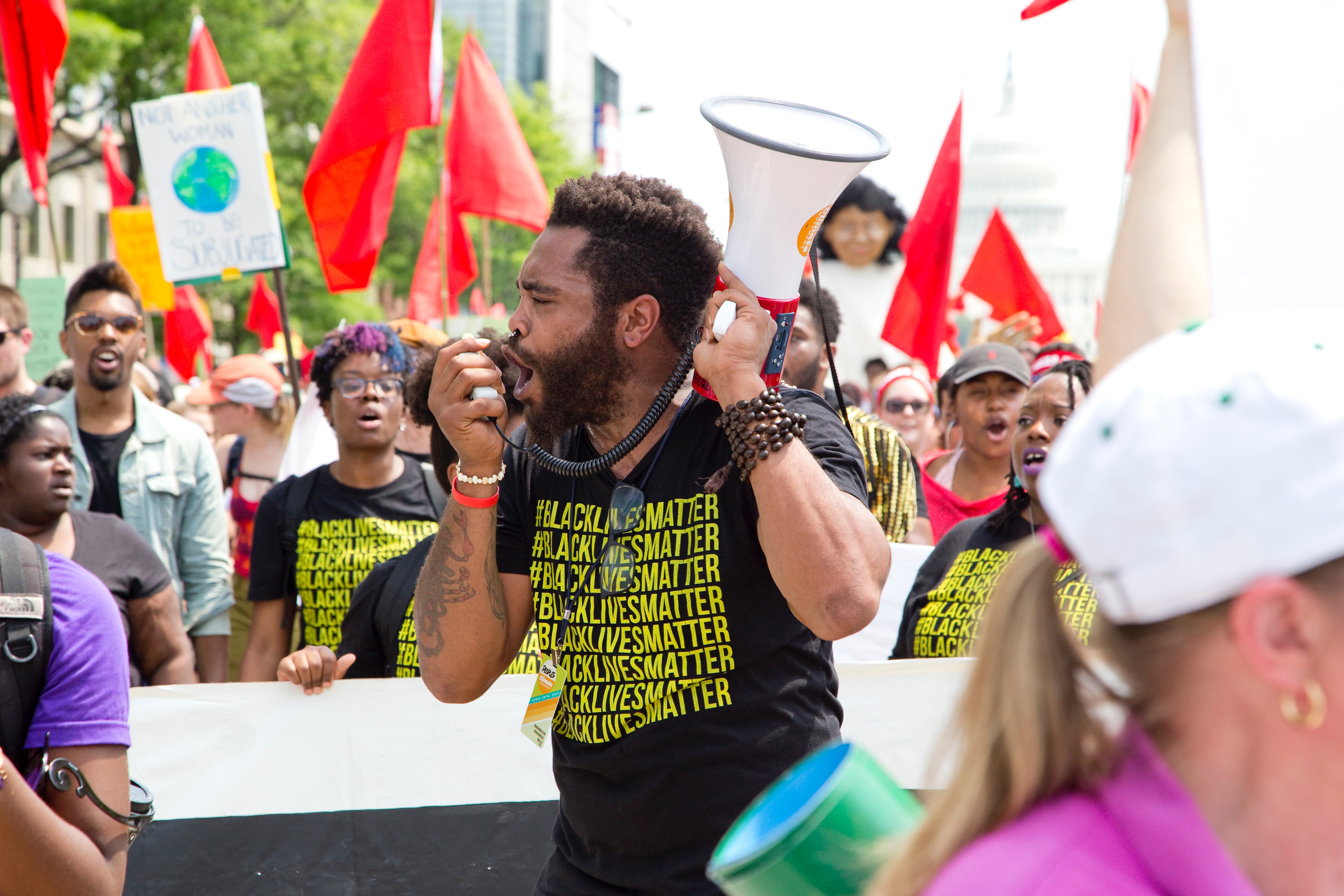 It’s worth examining this response at this point in time given the ongoing scrutiny of the criminal justice system.  Cases such as the George Zimmerman trial and movements such as Black Lives Matter are asking questions of the criminal justice system in a very prominent way.  How do we police the arbiters of justice?  How do we ensure a fair trial for the accused while representing the voices of victims?  How do we prevent prejudice and bias in systems that are executed by flawed beings.  Yet I don’t see anybody proposing that we remove crimes from the books in response.  We understand that policies for murder and physical assault, as well as authority to police the public, are necessary despite the prejudice that often creeps into their execution.

This seems like a good time to confess that Dr. Martin Luther King, Jr. inspired me to stick with anti-violence work being that January featured both the celebration of his birthday and the release of a major motion picture highlighting his work.  When I was first introduced to working against intimate violence against women, I quickly realized that I had few direct peers that I could go to for common ground as an African-American male.  Thus, I frequently turned to symbolic allies – women and men who may or may not share my individual politics but who provided the spiritual grounds to keep with my chosen cause.

I’m not sure why we then tolerate such nonsensical responses to sexual violence policies.  Sure, our societal responses to sexual violence are rife with biases and mistakes but we owe it to legitimate survivors to work through them.  If you come at me with a story about your family member or friend that was the victim of a false accusation, I can only believe you and hope that the wronged party found justice.  Nobody can deny that false and malicious accusations happen and I too know people who I believe to have been wrongly targeted.  However, know that this story you tell me has nothing to do with the hundreds of thousands of women and men that annually survive sexual violence.  It doesn’t at all challenge the necessary work of sexual violence prevention.